Frank T. Snyder, my father, was a man who valued family and brotherhood, and it’s no wonder, since he was the baby of nine boys.

Their father, Janko Petrovich, immigrated from Croatia to America as a young man who wanted to give his family the streets of diamonds Eastern Europeans (and many others) were promised.  My grandfather was advised on his boat ride over to Americanize his richly ethnic, beautiful name for his family’s future in this country, so he entered America as John Snyder.

A changed name didn’t change the Snyder boys’ merit, contributions, or devotions to community, country, and church.  As young men, all nine extended their band of brotherhood patriotically by serving their country in all four military branches.

In fact, several of the Snyders served in different branches at the same time during WWII. This was an extremely unusual circumstance, since there had been an unwritten embargo placed by the government that prohibited more than a few brothers to be in the service during war times.  Somehow, they got through this protective red tape and bravely served simultaneously; thankfully, all returned home safely and honorably.

My father was stationed with the Army in England at the tail end of the Korean War. Thank you to everyone who has, does, and will serve our country with loyalty, dedication, and patriotism.

I’m proud to be an American!

I love the sound of my own writing voice. I can listen to my composed words all day long, like a favorite Bruce Springsteen song. I especially enjoy reading aloud to myself. During these private performances, I literally laugh and cry at my own words, pat myself on the back, and swoon over a lovely phrase. What I adore most about my writing voice is how lyrical, poetic, punny, and funny I think it is. 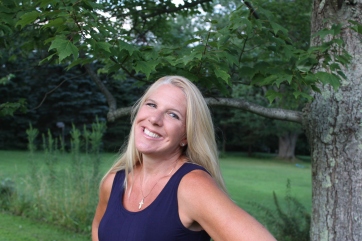 END_OF_DOCUMENT_TOKEN_TO_BE_REPLACED

In remembrance, give thanks.  Those are the profound words that stir my heart and soul every Memorial Day.  Over the 2013 Memorial Day Weekend, my family experienced a mini-miracle.  For years I hoped to recover something we lost in 2006.  Here is the tale of lost crosses, faithful reunions, and thankful memories that are eternal.   END_OF_DOCUMENT_TOKEN_TO_BE_REPLACED