It’s March fourth, yet Jack Frost is still blowing his frosty breath all over us in Northwestern Pennsylvania. Here we get pummelled with Lake-Effect snow and whipped by the Snowbelt for about five months, starting as early as Halloween. So far, this year, due to snow and frigid temperatures, we’ve had three school cancellations and many delays. It would be no surprise to have to use another snow day this spring.

The sky has a history of being unpredictable. A couple weeks ago, it snowed in Vegas! *This reminds me of a funny essay by David Sedaris called “Let it Snow.”  Sedaris, the humorous narrator, recounts the five consecutive snow days he had growing up in sunny North Carolina. He was in the fifth grade, and he and his four young sisters caused his mother to breakdown with cabin fever.  I admit to being able to commiserate with Mrs. Sedaris, having snow day mommy meltdowns a few degrees shy of defrosting a twenty-five pound turkey.

Since I am a teacher, I’m off every single holiday, snow day, and summer break with my daughters. When they were little, I rarely got to enjoy the house to myself unless I played hookie. I tried this a few times, but after calling off sick (cough cough), it’d never fail that I’d end up with some rare strain of the flu, a thrown out back, or a broken toe. One time, a germ the size of a Russian tundra flew deep inside my throat right after I hung up with my substitute teacher. Another time, I was stuck at home all day with a mouse, a live one. And then there was the day the furnace broke. Fibbing brings me bad juju, so I never (actually, hardly ever) do it anymore.

I’m thankful to work in a profession that shuts its doors for blizzards, but consecutive snow days with little kids can ruffle a cooped up mama hen’s tail feathers. I H-A-T-E being cold and frolicking in the snow, but to not bundle up, build a snowman, and stick a carrot in his face felt criminal. 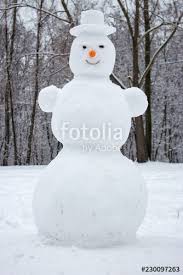 The snow bunny mommies posted social media pictures of themselves and their rosy-cheeked cherubs with captions like: Having a Snow-Ball, Blizzards are a Blast, and Bonding Time. I swear these women photoshopped themselves sledding, while wearing cute little vests and suede designer boots. C’mon! Their toes would have turned black and arms would have frozen stiff like a rusty Tinman. Although I didn’t think the moms were authentic, they added to the genuine peer pressure to go play outside with the kids.

The thrill of snow days made the girls’ everyday favorites seem humdrum. Building puzzles, coloring, and playing board games seemed lame with a capital “L”.  So out we went, after finding our snowsuits, scarves, and mittens that went missing each winter. We could barely move with all the layers but got the “L” out there so we could enjoy Bonding Time, dammit. I’m pretty sure Pennsylvania snowflakes are the coldest in the United States, so I earned that extra shot of Baileys in my hot cocoa. Yes, Mrs. Sedaris, it was five o’clock somewhere.

Now that my girls are teenagers, they need very little entertainment on a snow day. School cancellations are met with much less zest and zeal. When they were little, nap time could be tricky, but now, on a snow day, they awaken to nap. My priority is to keep them awake when their high school bell would dismiss them. I tell them to make their beds that they must first extract themselves from.

“Why do we have to make our beds?  We’re just going to get back into them soon,” says Girl #1.

Because I said so loses power with teens, but I still say it. I linger in her doorway long enough to take in the way she decorates her floor with dirty (and clean) clothes, candy wrappers, and cups.  Tons of cups, and bowls, and spoons. “Hey! Is that my serving platter? My spatula? Why is my kitchen in your bedroom? Wow! I can’t even look.”

Then girl #2 pipes up behind her bedroom door and says, “Hey Mom! Just close your eyes and spin around. And don’t bother coming in here. You won’t like it. Just walk away and no one will get hurt. You got this.”

I take her advice, shut door #1 and save my eyes from viewing another disaster behind door #2. In the hallway, I yell, “After you clean your rooms, you can walk the dogs.”

“Nobody’s laughing!” I yell back, but I hear them roaring like hyenas at each other’s sass-hole-ness. I don’t know why I even waste my breath; an icicle has a better chance of surviving hell than them being tortured by the big chill.

Their older, colder selves, bid me adieu and wish me and the dogs a good walk. I imagine them diving back under their blankets for one more nap before bedroom excavations begin. “I’m going to ground you from your blankets!” Their giggles go on, and so must I.

As I zip my coat and leash the dogs, the thumping bass of girl #2’s rap music vibrates all the way through my thick socks and snow boots. I love dancing, but this does not make me want to. I hear girl #1 yell to girl #2 to turn it down so she can binge watch Netflix while cleaning. I get to our driveway and realize I forgot my headphones. I don’t return to get them though and walk away from the rapping, cackling teens and tune into the peaceful beats of Mother Nature.

I’m usually a fast walker, in a hurry to get through my checklist, but this time I slow down, inching along like a caterpillar. The neighborhood is muted except for the crunching steps of me and my dogs. They show grateful wag-itude when I set them free to run around the quiet cul de sac. I laugh at how our sheltie tunnels like a mole under the snow and our golden retriever leaps above it like a reindeer. I’m surprised how content I become, baptized by a blizzard. It beats staying inside and dwelling on the tornadoes my girls spun. I know they will clean up then make more messes over and over. So be it. Someday, I’ll miss messy. I’ll miss sassy. I may even miss rap.

I stop to smell imaginary roses while the sky silently douses out the chance of another snow day mommy meltdown. With a little passage of time, my icy mood-cicle thaws. I transform, and it hits me how quickly my kids transform too. I become nostalgic for those little girls stuffed in snowsuits like pastel cocoons. But I can’t go back or freeze time and stop them from growing, changing, and morphing into beautiful young adults. Their colorful wings get bigger, stronger, and more distinct after each snow day. Maybe they need all those naps, bedtime snacks, and goofy giggles to relieve their growing pains.

I abruptly end my walk with the dogs and speed up the slippery hill to get back to my girls, before they can fly away.

I know it won’t happen today, but that tomorrow is floating closer to my home. It’s a tomorrow that I don’t welcome, one when me playing hookie for time alone will make as much sense as a snowman’s brain.

I enter the house, out of breath, and catch the girls defying me, not cleaning their rooms. I say nothing and just look at them. They are sitting at the dining room table working on our current puzzle. They claim it called them away from their rooms. The puzzle scene is the 1980’s, a 1000 piece collage of the pop culture I grew up with.

I sit down at the table and together we build, making some connections. They listen to me reminisce about my: big permed hair, Rubik’s Cube, first Bruce Springsteen concert, and favorite sitcom, The Facts of Life.  We bond over finding pieces to Madonna’s lacy dress and Bill Cosby’s red sweater. You take the good, you take the bad, you take them both and there you have a one-of-a-kind-snowflake moment, the kind that’s far from being lame.

*I’m currently enjoying and actually laughing myself through a graduate course called “The Prose Collection: David Sedaris.” David Sedaris is a bestselling humor writer whose style is marked by wit, sarcasm, poignancy, and self-deprecation. His subject matter focuses on the human condition. For class we are reading and analyzing two of his books of personal narratives: Dress Your Family in Corduroy and Denim and When you are Engulfed in Flames. My approach is to first listen to the assigned stories on Audible, read them, and then write about them with fourteen other classmates and the professor. I’ve been connected to Sedaris’s writing daily for the past two months, and I never tire of him. I was nervous I’d get bored with studying just one author, but I can’t get enough. In fact, I bought tickets to see him at Carnegie Hall in Pittsburgh this spring for a book reading and signing. His content, pacing, and style are sure to bring a lot of laughs more likened to a stand-up comedy show.

“Let it Snow” by David Sedaris is included in his book of essays Dress Your Family in Corduroy and Denim. The New Yorker published it in January, 2003 and you can read it here:“Let it Snow”